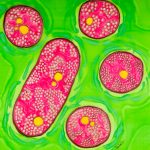 I’m working on early 20th-century forensic experts in India, and have come across two odd research publications. In both cases, the physician-expert experienced an extreme and terrible mass event–one that sickened or killed many people. In both cases, the expert made it out alive. And in both cases, he figured that he might as well get a publication out of the experience! There are plenty of examples in the history of science of experimenters testing things out on themselves or their children. But the cases I found were accidental and unwilling experiments on the self, not deliberate or voluntary ones. These were opportunistic self-studies.

Example no.1 is by Chunilal Bose, one of the first Indian Chemical Examiners in Calcutta, the flagship lab that tested chemical and biological samples for the colonial state. In June 1903, several hundred Bengali socialites dined at the home of Mr. B. during three days of festivities. Many fell ill with acute gastro-enteritis, and four died. Bose wrote an article about it, called “The Bhowanipore Food-Poisoning case.” At least two other detailed reports of the case had already been published. So why did Bose write his own account? Because he was there!

My apology for writing on the subject is, that having been personally one of the guests of the evening, and having suffered a great deal in consequence, I am in a position to speak from personal experience on certain points which may throw some additional light on the results of the enquiry already published.

What a set-up for a scientific article. According to Bose, the culprit was the ice cream. It was either made with bacteria-infected milk, or it was prepared in the stables, such that the offending bacteria migrated from barnyard dung into the churning tubs.

The second example is more terrible and extreme. Patrick Hehir was a military physician who published prolifically and authored one of the leading treatises on medical jurisprudence for India. During World War I, he was stationed in Mesopotamia with his Indian troops. In 1915-16, they were caught in the Siege of Kut-al-Amara, one of the worst Allied defeats of the war in which thousands died. During the almost five-month siege, Hehir and his troops were starved out by the blockade. Astonishingly, Hehir decided this was an opportunity not to miss: he wrote an article about it. Appearing in the British Medical Journal (3 June 1922), pp.865-8, “Effects of Chronic Starvation during the Siege of Kut” opens with these lines:

As may be understood I was not in a condition of health and strength to take full advantage of the material at my disposal; even this meagre record called for some effort of will. The siege afforded opportunities for studying the morbid state of the body brought about by long-continued deprivation of an adequate quantity of suitable food which seldom present themselves; it would have been almost criminal to have disregarded them.

In the last few days of the siege, an average of fifteen Indians and Britons died every day. Another wave sickened and expired right after the siege, when they gorged themselves on the food provided by the Turks (contrary to medical advice). For those lucky enough to survive, full recovery took a long time. In Hehir’s own case, it took 1.5-2 years for him to return to his normal body weight and to be able eat a normal meal.

Both food poisoning and chronic starvation may seem to relate to Bose’s and Hehir’s non-forensic interests. But in fact, these phenomena figured into the annual reports of the Chemical Examiners and treatises on medical jurisprudence (including Hehir’s own textbook). Was it accidental food poisoning or deliberate poisoning as attempted murder? Treatises contained chapters on death by starvation, which could be relevant in post-mortem examinations (particularly in torture and child abuse cases).

Stay tuned for more on Bose and Hehir. Bose figures into my book project on forensic science in colonial India. Hehir is a central figure in a forthcoming Modern Asian Studies article I’ve written on abortion.