As I work on my history of forensics book project, I’m trying to figure out how to incorporate 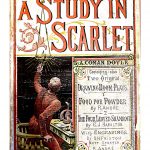 detective fiction written during my period of study (India, mid-19th century to the mid-20th). This has gotten me interested in how historians use fiction as a type of primary source.

I’ve been asking around. Here is the long list of references that people have shared with me: