During a recent visit to the basement of Columbia Law Library, I came across an obituary for J. B. Kanga. Kanga was a remarkable figure whose significance only became clear 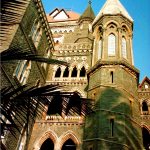 to me several years into working on my book on Parsi legal culture. He was a major legal player in mid-20th-c. Bombay. But what made him really stand out was the fact that he mentored several generations of brilliant Parsi advocates, some of whom are still alive. Kanga passed away almost 50 years ago, in 1969.

Here is what I say about him in my book, Law and Identity in Colonial South Asia: Parsi Legal Culture, 1772-1947 (Cambridge University Press/Permanent Black) at p.111:

“Young advocates typically began their careers through an informal English system of mentoring known as ‘devilling,’ whereby juniors appeared with or in the place of senior advocates in court, often preparing the case together beforehand. Jamshedji B. Kanga, ‘the grand old man of the Bombay bar,’ was a leading advocate, additional judge of the High Court (1919-22), and the first South Asian Advocate-General of Bombay (between 1922 and 1935, although not continuously). He mentored several generations of young advocates who served as his ‘devils.’ These juniors included Parsi lawyers like H. M. Seervai, Nani Palkhivala, Soli Sorabji, and Fali Nariman, who would go on to become some of independent India’s top litigators on constitutional matters especially.”

(For more, see the footnotes in my book and a portrait of JBK in his advocate’s gown and priestly turban.)

We wish to pay in this issue, our homage to the memory of a great lawyer and jurist–the late Mr. J. B. Kanga, who died recently in Bombay, full of years and honours. The late Mr. Kanga was one of the greatest lawyers and jurists that India has produced in recent times. He lived up to a ripe old age and was 96 years of age at the time of his death. He was a Judge of the Bombay High Court in the twenties of this century and after he retired from the Bench, he accepted the Advocate Generalship of Bombay. He was the first Indian Advocate General of Bombay during the British regime–a unique distinction and honour in those days. His knowledge of law was phenomenal. He was an authority on the law of Income Tax and was a co-author, along with Mr. N. A. Palkhivala, of the leading Commentary on the Income Tax Act. He was also a great scholar and litterateur and had a marvellous command of the English language. Of the galaxy and talent and scholarship that the Indian Bar has produced the late Mr. Kanga’s name can justly be placed in the front rank.”

Kanga ran a legal atelier in mid-century Bombay. He created a vibrant mini-culture that launched many of independent India’s grand advocates. Even today, people talk about the experience of being in JBK’s orbit with special enthusiasm and respect.